Cancer cells from the breast have a tendency to spread to small lumps in the armpit called lymph nodes. Involvement of these nodes is also important to decide stage as well as prognosis. Traditionally all the nodes in the armpit were removed (called Axillary dissection, ALND) during surgery for breast cancer, but that had its own set of problems; most worrisome being swelling of the entire arm. For early breast cancer, there is now an option to avoid complete removal (ALND) in early cases of breast cancer by a smaller procedure called Sentinel Lymph Node Biopsy (SLNB). 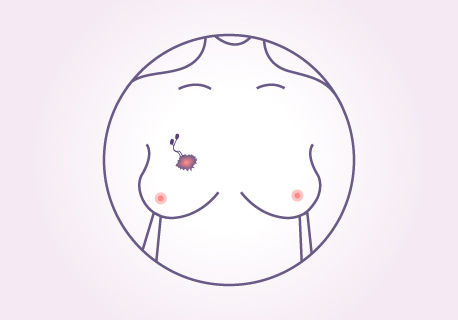 Early cancer has less chance of spreading to armpit lymph nodes. So the attempt is to identify the first nodes that are likely to get involved if cancer spreads to armpit nodes. If these are not involved than tumor is unlikely to spread into rest of the nodes in armpit and hence no added benefit in removing all nodes.

How it is done?

A small amount of medicine ( an invisible to eye, harmless, radio-active dye, or a blue colour dye or both) is given via an injection in the affected breast. A specialized dye highlights the sentinel nodes (usually 1-3) which are then removed during surgery.These nodes are sent to pathologists to examine under microscope for cancer cells during surgery itself, the report of which is available within 15-20 minutes. If SLNB is free of tumor cells, further removal of arm pit nodes is not needed. 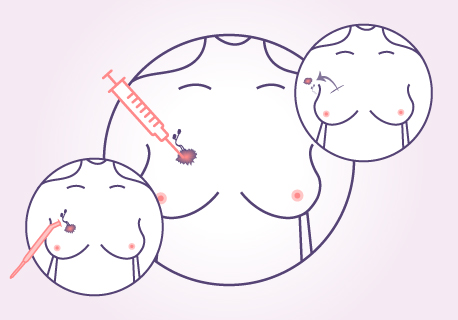 Get all the information, latest updates, and articles delivered directly in your inbox